Posted on September 6, 2015 by bernsisthebastard

I’ve done a bit of travel some might say and I’ve made it my business to find some gems when it comes to underground music and well, some might say that Australia is a seething hotbed for anything grindocre, powerviolence and noise in general at moment. 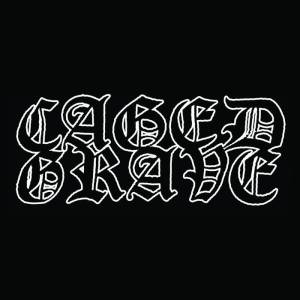 My focus has been mainly on Brisbane with the likes of Coffin Birth and Scumguts, but Melbourne powerviolence group Caged Grave recently caught my attention once again. They’re releasing a new LP titled Mortsafe, which will be limited to about  100 screen printed copies and will ship around the 30th of October and if that doesn’t scream D.I.Y I’m not quite sure what does. Hopefully some label picks up this release later on, because they’ll be going fast if their previous work is anything to go by.

I managed to get hold of the full album stream on their bandcamp along with all their other releases and was reminded that I reviewed Gutless  a while back for Echoes and Dust. So I sunk my teeth into Mortsafe and it pretty fucking sick. It does tempo switching incredibly well. You could be blasted to shit one second and then completely flipped on your head by tempo that move at the pace of a glacier. Incredible riffs, incredibly tight drumming, rounded off with awesome vocals  that create that old familiar powerviolence soundscape with a bit of twist. They’ve managed to craft their own sound that speaks volumes of the bands musical composition skills.

It doesn’t last that long, which is absolutely perfectAll that intensity and energy is wrapped up in just over 15 minutes of absolute euphoria for those of us who dig some good old powerviolence. Short, sweet and absolute genius!

So if you’re into powerviolence I would highly recommend you check these guys out if you haven’t already, because this is some incredible music from down-under and speaks volumes of the extreme music scene in Australia as a whole.